Is Child Marriage a Child’s Play? 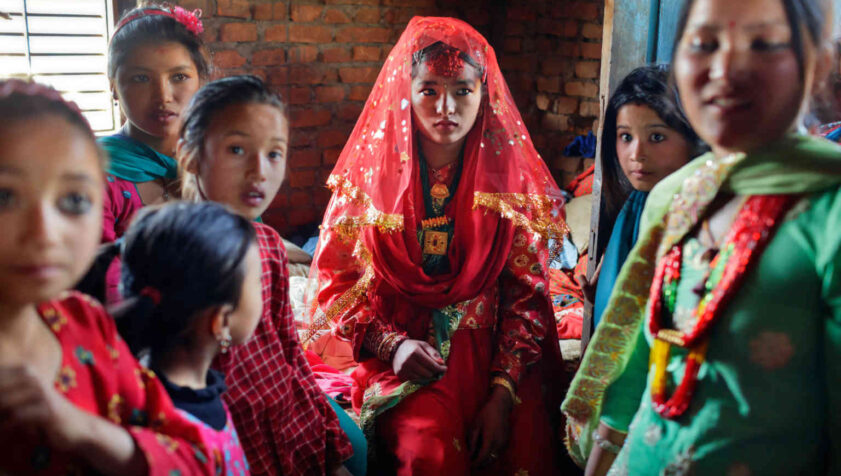 India surely is a land of colours and cultures, but on the other side, is a land that harbours many social evils. Among the unfortunate list of unwanted practices and rituals, there lies the alarming evil of child marriage. It is a practice that would shame any proud Indian, yet exists on such a scale that one of every three child brides across the world is an Indian. As per 2019, the country had over 223 million child brides, out of which over 102 million got married even before they could turn 15. Out of every four brides, one is below 18 in India. Imagine the horror of a little forced to get married and to raise a family from such a young age. The five states majorly contributing to this menace are Uttar Pradesh, being the highest with over 36 million child brides, followed by Bihar, West Bengal, Maharashtra and Madhya Pradesh. (Source)

Not A Love Story

A 14-year-old child named Pooja is playing in her ‘gher’ (compound outside home) as she is called inside. There are some guests sitting, along with a boy of similar age. She is made to change her soiled clothes quickly and handed over a tray full of snacks. A few moments later, she is serving snacks to the guests, as the elders fix Pooja’s wedding with this boy, Ajay.

The day arrives and Pooja enters this not-so-sacred bond with Ajay, unaware of what’s next. She is sent to her new home with a lot of ‘gifts’ from her family, to start a new and happy life. Few months down the line, she gets to know she is expecting and another few months later, she is surrounded by ‘Dai Ma’ (midwife) and elder women of the area to help her deliver the child. Alas, Pooja and her pre-mature child die during birth, all of this before she turned 15.

The instance above is fictional, but reflects the bitter reality and outcome of numerous child marriages. Here are few of the countless ill-effects of such a union:

A young girl is neither physically, socially nor emotionally ready to act or become wives and mothers, yet are forced into marriages for the ungodly reasons.

There can be a hundred reasons parents of the couple give when one questions them of this under-aged union of two, still, everything will somehow connect with major issues, including the lack of proper education. Basis the work of countless noble people who worked to abolish this evil, below-mentioned are the main aspects of why people end up pushing their younger ones, especially girls into early marriages:

Role of the Entertainment Industry

As mentioned above, the entertainment industry has its fair share in ruining the already ruined society. The 90’s cinema was all about “na me bhi haan” (there’s a yes in every no), “ladki paraayadhan hai” and so on. Such content impacts impressionable minds and eventually the older generations as well, who already believe in such things.

With modernisation and improvement of the entertainment industry, lately a few initiatives came to daylight, speaking of the evil of child marriage, but yet again meeting the same old fate of becoming daily soaps and fishing money. But there is a ray of hope as cinema is evolving, where films like ‘Bulbbul’ portray the ill-effects of such unions. There is a lot that the entertainment industry can do through the means of screen and quality content and there is still a long way to go before such efforts make an effective impression on the audience, so it has to begin today or the cause is lost.

Can We Do Something?

Yes, we play the most important role in stopping such unions and saving lives for real. This can be done in 3 simple, but very crucial ways:

As per UNICEF, India’s progress to curb child marriage is stronger than many South Asian countries. But to eliminate this evil from society by 2030, apart from the work of such organisations, additional effort and help is required. Are you ready to save lives and be a real-life super-hero? If Raja Ram Mohan Roy can work upon abolishing this practice in the 18th-19th century, why cannot we achieve it in the 21st century! 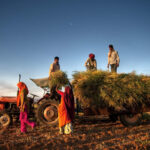 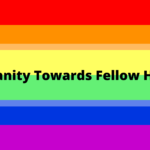 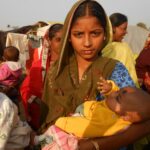